In October, a small group of us headed out to the John Fretwell Centre at Sookholme to an awards evening. When we arrived, we were pleasantly surprised to find we’d been placed on a table with Adam Newman and Suzanne Tryner from Farmilo Primary School. Thinking not much of it, we tucked into a lovely barbecue and listened to the various awards being handed out to the hard working volunteer teams across the county who ensure our parks and open spaces are kept in top condition. Then Adam got up to speak and it became clear that Matt had been nominated by the school for their “Mighty Motivator” award, for the work we’d been doing to help the children engage positively with the Orchard, learning about the natural world from practical hands-on experiences. A big thank you to Farmilo (and Ian who also nominated Matt) for their nominations and for their willingness to take advantage of the opportunities provided by having a local community orchard and long may it continue!

Matt promises not to wear any lycra exercise gear whilst up in the Orchard :D. 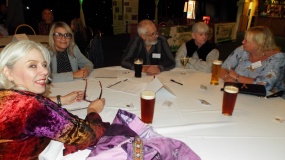 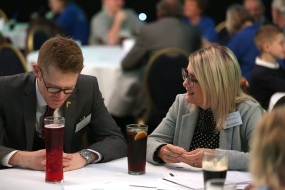 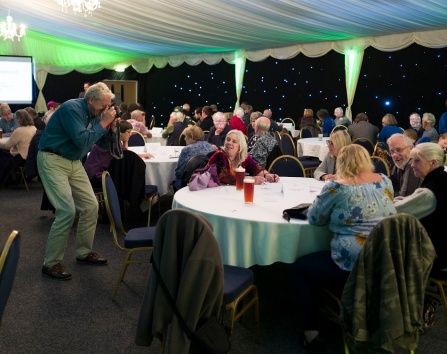 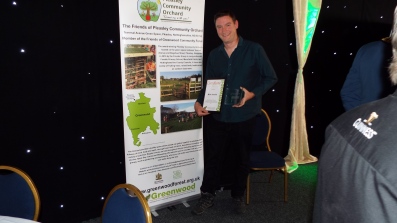 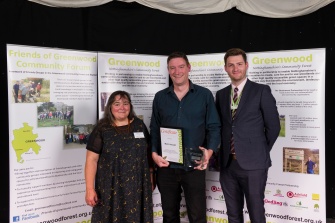 Following our award last year from the RHS, EMiB, It’s Your Neighbourhood award, we decided to enter again, having added extra value to the work of the Orchard through new events, groups and the outdoor classroom since last time. After what seemed like a very long wait, we received a report and certificate in the post, which showed we’d scored an overall 91% across the board. This was a Level 5, Outstanding !!! And it’s all thanks to the dedicated hard work of the various teams, as well as the full support of the community who come along and join in with the variety of events. A huge thank you to everyone for making our village something which is winning awards for its endeavours and becoming a place that’s bringing people together who wouldn’t normally meet and making friendships.

In July 2017 judges from the East Midlands in Bloom “It’s Your Neighbourhood” awards came and visited our orchard. They were absolutely bowled over at the transformation that had taken place since the orchard development work began. We chatted with the judges and told the story of the orchard and the things that had taken place within it up to that point, together with sharing our ethos of sustainability and community building, and they were highly impressed. Having written down lots of information during the hour they were with us, we then had to wait until the “In Bloom” judging was completed, which took until November 2017.

Two representatives of the group travelled together with another two reps from another community group in Mansfield all the way to Newark town hall for the awards ceremony. Lots of cake and coffee / tea was consumed, together with listening to the stories of other groups who had also won awards.

We were astounded to receive a “Level 5 – Outstanding” award which we did not expect to receive as we were first time entrants and didn’t realise at the time of entry that there were any criteria to meet for the judging (how embarrassing, but we’re aware of them now thankfully).

This is the second award we’ve received recently and we look forward to more as we develop the work of the orchard within the community. Thanks to the judges for their encouragement and kind words which they shared about the work we’ve been up to. 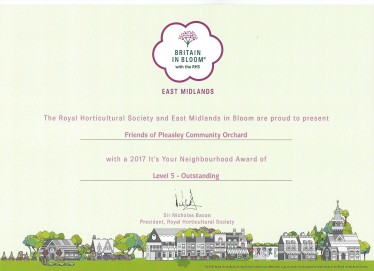 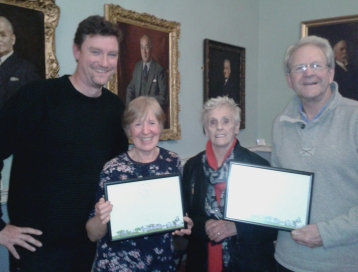 Two groups from Mansfield that collected their awards

In July 2017, Pleasley Community Orchard was nominated by Mansfield District Council for a Greenwood Community Forest Award. Greenwood recognised all the hard work which has gone into the Orchard and the Friends group were awarded the “Team Endeavour Award”. 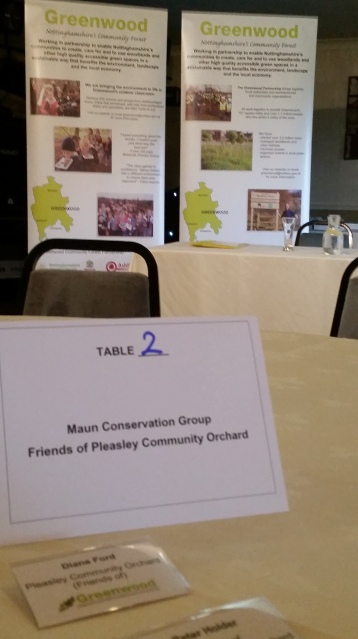 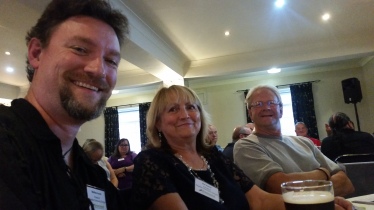 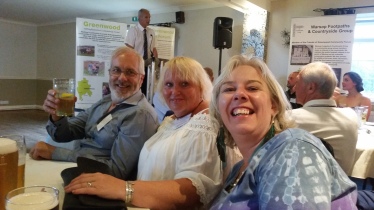 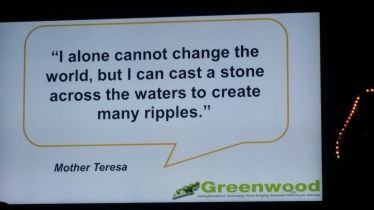 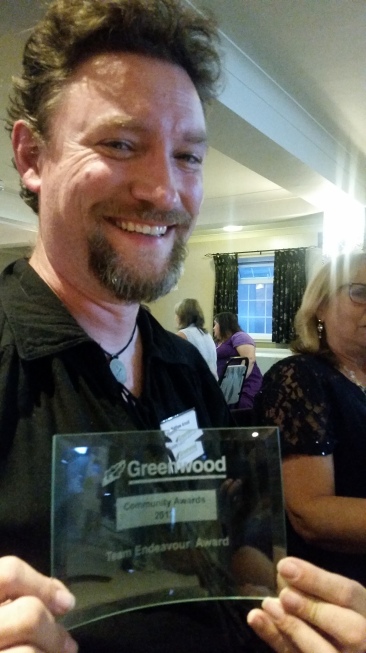 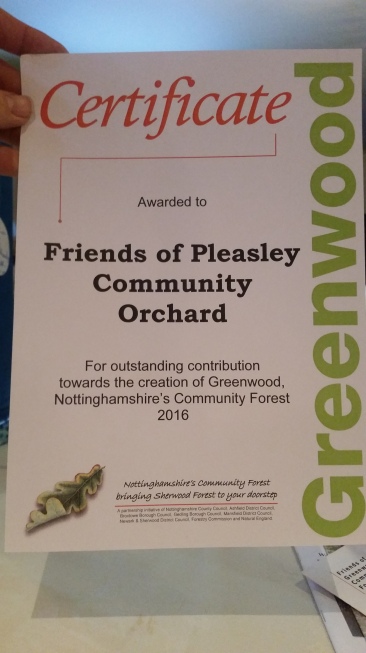